GB Railfreight set to be sold to Swedish firm 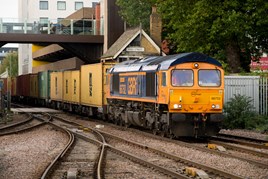 An irrevocable offer had been submitted by EQT Infrastructure II to buy GB Railfreight from Groupe Eurotunnel SE.

The offer was submitted through an indirectly owned company within the Hector Rail Group. The potential new owner said it was “an integral part of EQT’s strategy to create a leading independent pan-European rail freight operator”.

Jacques Gounon, chairman and chief executive officer of Groupe Eurotunnel SE, stated: “I am convinced that EQT is the right owner to take GB Railfreight to the next level, given its strong focus on growth and sustainable long-term value creation. GBRf has been a great success, proving that significant value can be generated in this sector. On the strength of its results, the Group will continue to favour long-term investments and shareholder return.”