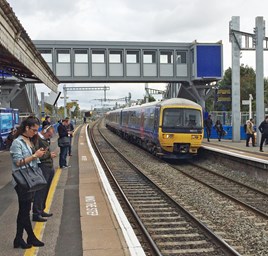 The amount of subsidy per passenger mile rose slightly from 5.6 pence per mile in 2014-15 to 5.7p in 2015-16, according to the latest statistics from the Department for Transport (DfT).

The figures cover all franchised train operating companies (TOCs), but exclude open access operators such as Grand Central and Heathrow Express. They reveal that Northern remains the most subsidised TOC in Britain, with per mile support rising from 34.2p per mile in 2014-15 to 35.3p in 2015-16.

Two operators, South West Trains (SWT) and Southern, paid the DfT. SWT recorded a slight decline in premium payments to 3.3p per mile in 2015-16 (down 0.1p), while Southern paid 3.8p per mile.

Of the subsidised operators, the lowest figure was for Govia Thameslink Railway (GTR), which received 1.6p per mile, followed by c2c (1.8p per mile). Virgin Trains East Coast was the third lowest subsidy, despite it rising by 1.3p per mile to 2.4p.