Arriva to operate CrossCountry until 2019 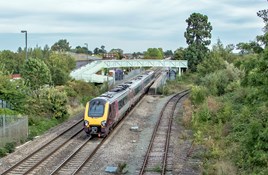 The deal was announced on September 29. Arriva will pay Government a £163 million premium to operate the franchise from now through to the end of the deal.

No new trains will be added to the fleet, but the Government has announced 39,000 more seats per year along the Edinburgh-Plymouth route. This equates to 148.5 seats per weekday, if there are no increases at weekends. That’s the equivalent of fewer than two Mk 3 Standard Open coaches fitted with disabled toilets. The increase is expected to come via reconfigured interiors.