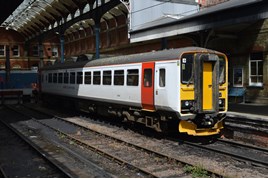 “Phase 1 is preparing, Phase 2 is the new fleet, and Phase 3 is the new railway,” he explained.

This is the first time for a long time that the region has had a long-term deal, he said, noting: “That means conversations can be had that have not been had before.”