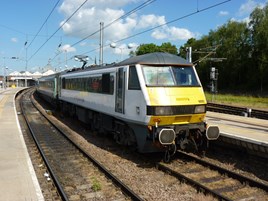 “We still have key and political milestones to achieve,” Great Eastern Main Line Taskforce co-Chairman Chloe Smith told assorted MPs and members of the rail industry at a summit in Westminster on September 7.

Smith was talking at the East Anglia Rail Summit, which was the first meeting of stakeholders - including Network Rail, the Department for Transport and local MPs - since Abellio was awarded the long-term franchise on August 10 (RAIL 807).

Abellio will replace its entire fleet (1,043 new vehicles are on order) as part of the nine-year franchise, but Smith said: “These new carriages are a key piece of the jigsaw, but there is more to do that is just as significant.”

She highlighted that the recommendations from the Nicola Shaw report published in March need to be considered, as does the ways in which the East West Rail Link can benefit the region.