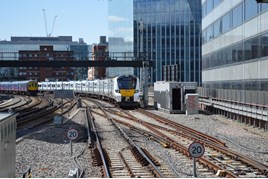 Rail Minister Paul Maynard has said it is unlikely that the Department for Transport will “wish to let such a franchise in the future”, when discussing Govia Thameslink Railway.

Responding to a Commons Written Question from Henry Smith (Conservative, Crawley) on September 13, Maynard reiterated his stance from his appearance before the Transport Select Committee, relating to the issues affecting GTR.

“The size of the franchise is a factor in this assessment,” he said. “However, I believe that with the measures recently announced this franchise should deliver a better passenger experience in the future.