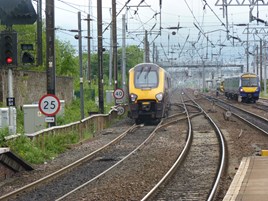 A major new campaign aimed at raising awareness of investment in Britain’s railway - and why it is needed - was launched on September 14.

Britain Runs on Rail has been created by the Rail Delivery Group with the aim of prompting a public debate about a range of issues the railway must tackle.

It will explore how to balance taxpayer and funding of the railway, how to reform fares regulation to make it easier for passengers to buy the cheapest fares, how to modernise the railway to meet growing passenger expectations, where to focus investment on capacity, and how to improve the industry’s structure.

RDG Chief Executive Paul Plummer said: “We all know it’s been a difficult few months for the railway, and there are many challenges still ahead that we need to confront. It’s time we had an open and honest conversation with the wider public - passengers, freight users and taxpayers - about the tough choices Government, the industry and the country face if we are going to deliver the railway Britain needs and passengers want."