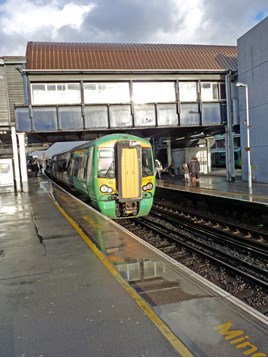 It reinstated a full timetable from Tonbridge and Reigate to London Victoria, and restored a full service from Redhill to Victoria and London Bridge.

Some South London Metro services and trains on the West London Line to Watford were restored two weeks earlier.

“The temporary revised weekday timetable has been delivering a more consistent, reliable service,” he said. “Now we are steadily reintroducing trains and will continue to do so until the entire timetable is back in place.”

The emergency timetable has been in place since July 11. Some 341 trains a day were cancelled until September 5, amounting to 15% of the Southern and Gatwick Express service. That figure is now down to around 10%, with approximately 200 trains a day still cancelled.