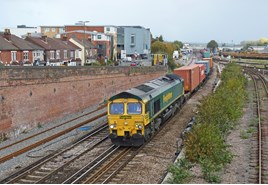 Freightliner and model train company Dapol are to honour Britain’s war dead for the 100th anniversary of the Armistice on November 11 2018, to raise money for former servicemen and women.

The project is called Railway Honour, and will entail Freightliner naming one of its Class 66s, while Dapol will produce a scale model of it. For every model sold a donation will be made to ABF The Soldiers Charity.

Advanced discussions are being held with two other unnamed railway companies to name two other locomotives. If successful, the trio will be named Patriot, Valour and Remembrance, echoing steam locomotives built by the London & North Western, Great Central and London Brighton & South Coast Railways.