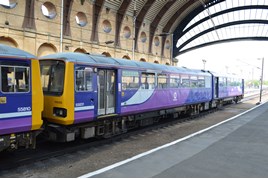 The Competition and Markets Authority (CMA) says the award of the Northern rail franchise to Arriva in December 2015 may result in higher fares on some local routes.

Its provisional finding suggests there is a substantial lessening of competition (SLC) on four rail routes - Leeds to Sheffield, Wakefield to Sheffield, Chester to Manchester and Chester to Stockport - as well as nine bus routes. Some Arriva operations - Arriva Trains Wales, CrossCountry and Grand Central - have overlap with the Northern franchise. The company also operates local bus routes in the north of England.

The acquisition of the franchise creates 167 overlaps between Northern and other Arriva train operations, and 1,068 between Northern and Arriva UK. However, while the CMA has a range of powers, it notes: “The relevant costs of any feasible structural remedy far exceed the scale of the adverse effects of the SLC. Further, the CMA’s view is that behavioural remedies are equally effective to address the SLC and its resulting adverse effects, and will not create significant distortions in market outcomes.”