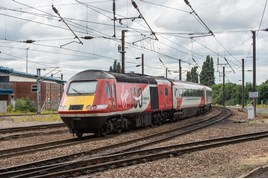 Britain’s rail industry has scored “undoubted success in growing its market over the 20 years or so since the industry was privatised”, according to the latest Rail Industry Monitor published by Passenger Transport Intelligence Services on August 22.

The report concludes that patronage on many routes has doubled, and that train operators have succeeded in increasing capacity when and where they have been allowed to do so by government.

Author Chris Cheek adds: “The slowness of the latter’s decision-making and the micro-management which took place between 2001 and 2010 has undoubtedly slowed the response and made life for passengers and train operators particularly difficult during the last two or three years.”

The study vividly illustrates the trends in passenger usage since 1950, with more passengers carried by Britain’s railways in peacetime than at any point since 1923.

In cash terms, passenger revenue has risen threefold, from 1997-98’s figure of £2.82 billion to £9.2bn in 2015-16. After allowing for inflation, it shows revenues have risen by a factor of 2.3. However, the yield per passenger-kilometre has only increased by 27.9% after inflation is taken into account.

Andrew joined RAIL in 2000 as a news and features writer. He has written four books, covered the UK and international rail industries, and led 2005’s successful campaign to save the ‘Night Riviera’ sleeper train. He is also a regular commentator on rail matters on television and radio for RAIL.

Sunak focuses on jobs, infrastructure and ‘levelling up’

Chancellor unveils “once in a generation investment” in infrastructure