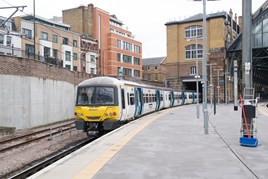 The Department for Transport says it “strongly supports” the Office of Rail and Road’s overall objective for its 2018 Periodic Review (PR18), particularly the focus on users’ interests.

In its response to a consultation on the review, the DfT says it wants to ensure the needs of railway users “are placed at the heart of the railway”, and that it supports principles underlying a move towards a route-based regulatory regime.

It also says the review is likely to result in a much higher-level High Level Output Specification and Statement of Funds Available - this will focus on the “steady state” costs of the railway, meeting government commitments to projects in the Enhancements Delivery Plan and projects deemed critical to prevent serious deterioration disruption to services.

Outputs specified by the DfT could also change, with specifications that emphasise outcomes for users - such as increased capacity or faster journey times - rather than specific projects. The DfT is also evaluating specifying “performance trajectories”, rather than specific targets.

However, it adds that it would be “helpful” if issues relating to High Speed 2 could be given greater prominence within future material, pointing out that much of the construction for Phase 1 of the route will take place during Control Period 6 (2019-24). The DfT would also like the ORR to place a greater emphasis on potential options for private investments, and in encouraging innovation in the rail sector.

Other points made about the PR18 process include the importance of working with stakeholders such as Transport Focus, which can provide an informed view of user preferences and behaviour, supporting investment and skills, and station licencing and access charging. The Department also suggests that learning lessons from other utility sectors can help ensure “effective route-based regulation and an effective system operator”.

The DfT describes focusing on steps that can improve the capacity and performance of the existing network as crucial, in order to minimise disruption and maximise value for money.