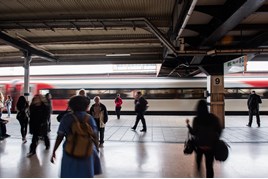 A summit is to be held to discuss fares, the Rail Delivery Group confirmed on July 29.

The news was announced in the same week that The Times reported that in 50 journeys surveyed, 33 could have been made using cheaper tickets than those advertised. Its report claimed that the rail industry was failing to show the cheapest tickets on two thirds of cross-country routes, causing passengers to pay up to £85 more than was necessary.

The RDG said the summit is designed to bring the industry and the Government together to seek support to tackle “some of the complexity around rail fares and ticketing”.

It wants to see a reform of the fares system, new rules for rail journey planners to include slower and cheaper options, a review of rules around routeing and pricing, and simplification of fares restrictions to improve choice and information for customers.

Most of the changes will need government approval. RDG said it had been discussing proposals with the Department for Transport that would reduce the number of different fares available and give passengers “simpler options”.

Under current regulations, RDG said that operators are obliged to offer a wide variety of different routes between any two stations, even when the vast majority of passengers use only one or two routes.

“We want to help people get the best possible information and to be confident that they are buying the right tickets for their journeys.

“We have already begun conversations with the Department for Transport about changes to regulation that are needed to enable this, but want to speed up this work in the best interests of our passengers.”