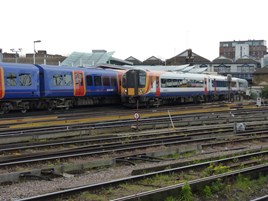 More trains and more space for passengers form key elements of the new South West franchise, said the Department for Transport (DfT) as it issued the Invitation to Tender for the new franchise, which begins in June 2017.

Additionally, the new franchise requires at least a 20% increase in peak-time capacity from December 2020, while there is an ambition to introduce a new delay repay compensation system for passengers. New smart ticketing technology will also be introduced, along with new tickets for part-time workers.

Rail Minister Claire Perry said: “The South Western franchise has some of the busiest routes in the country, serving a diverse range of passengers and places and these improvements will deliver faster, smoother journeys for customers using these services.”

Bidders have until August to submit bids.