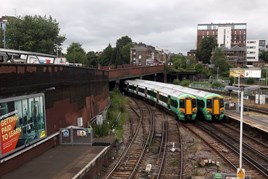 The RSSB (Rail Safety and Standards Board) says Driver Only Operation offers no increased risk to safety. Its announcement was made on June 21, the day of the latest RMT strike on Southern.

In a statement, the RSSB said that a number of projects have been published over the past 15 years on various aspects of DOO on passenger trains, and that none of them has identified any increased risk from dispatching a train without a guard being present - providing the correct procedures have been followed.

It added that “the removal of any possible miscommunication which could exist between driver and guard could, potentially, deliver some safety benefits”.

The Rail Safety and Standards Board (RSSB) has called for better targeting of support for rail workers needing help with mental health issues.