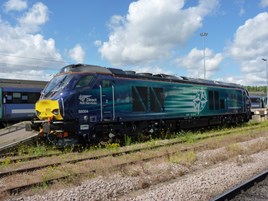 As a result, the Beacon and Ascendos combined portfolio now includes 225 locomotives and more than 1,000 wagons leased in the UK, Scandinavia, Belgium, the Netherlands, Poland and Germany. There are 55 passenger trains leased in UK and Germany, and 67 double-deck coaches in Denmark. Thirteen rakes of Mk 5s are on order for TPE.

Highlighting the TPE deal, Beacon Chief Executive Ted Gaffney said this marked the beginning of a new chapter for the company.