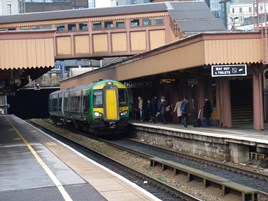 MTR has withdrawn from bidding for the new West Midlands franchise.

MTR Corporation (West Midlands) Ltd was named as one of three shortlisted by the Department for Transport on April 7 (RAIL 799), but RAIL understands it has now withdrawn from the bidding.

The company declined to comment to RAIL regarding the matter, but it is understood that it has made the business decision to focus on the joint venture it has entered with FirstGroup on the South West franchise.

The contract award is due to be made in June 2017, with the winner taking over in October 2017.