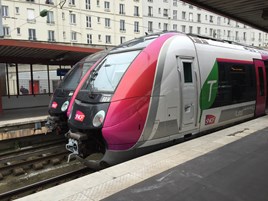 A study by the International Association of Public Transport (UITP) reveals that 57.9 billion journeys were made on public transport in the European Union in 2014, the highest since 2000.

UITP said the figures mark the first year of distinct growth in demand for public transport following years of stable demand caused by the recession.

The figures, released on June 20, reveal that the highest demand for bus, tram, metro and suburban rail was in Germany (10.9 billion journeys), followed by the UK (7.7 billion) and France (7.6 billion).