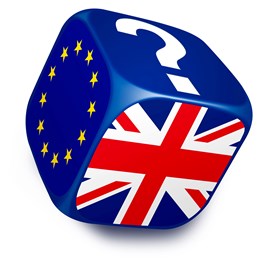 While I am personally conflicted about the EU Referendum, and am still unclear as to which way I will be voting, professionally I believe that being part of the EU makes sense for our business and for the UK rail industry.

I believe that leaving the EU would be detrimental to our economy and our European trade, potentially also damaging our research and innovation. The EU is the biggest economy in the world - surely we should want to be a part of this?

We currently operate in a single, efficient and competitive market for rail in Europe. Our open franchising system has encouraged overseas investment, in particular from Europe, and has helped to make our railways the most improved and safest in the EU with record levels of investment and growing passenger numbers. 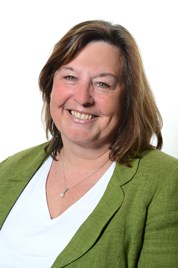 Free movement of capital in the EU and a competitive bidding process for rolling stock has encouraged companies such as Siemens to invest here in the UK, helping to create jobs and grow our economy. 46% of all foreign investment in Britain comes from the EU.

Leaving the Union poses a huge threat to the UK’s science and technology industries, including rail innovation. The European Research Council (ERC) has invested more than £5 billion in scientific research in the UK since 2007, and our small and medium-sized enterprises have received more funding for hi-tech research than any other European country, with a fifth of all ERC grants coming to UK-based institutions.

Britain should also be receiving billions from the EU’s horizon 2020 fund. Rail SMEs currently fund their innovation through EU grants, allowing them to remain competitive and allowing us to keep rail hi-tech. The access to a single market in the EU allows our innovative SMEs to freely export.
Without this support many will crumble.

The CBI recently estimated that leaving the EU could cost the UK economy £100bn and 950,000 jobs by 2020. In their view, the potential savings from us not having to contribute to the EU budget are greatly outweighed by the expected negative impact on trade and investment.

A German survey conducted in February 2016 by the Bertelsmann Foundation questioned 700 British and German companies with UK operations. The poll found that 29% would cut capacity or leave the UK completely if Britain left the EU.

Assuming that similar figures could be expected for other European companies, then you can see the potentially disastrous impact on our economy.
I advise readers to fully research both sides of the argument before making their voting choice. The impact of the decision is huge!