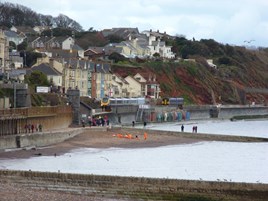 Capacity constraints between Exeter and Newton Abbot within the next 20 to 30 years could trigger the need for a new or re-opened second route through Devon.

Peninsula Rail Task Force Programme Manager John Hillman told RAIL on June 14 that passenger numbers along the coastal Devon route were rising 5.7% per year. In the past 17 years there has been a 123% increase in passengers in the West Country.

“We have not stated a preferred route,” he said. “In the future, and there is the caveat of the Digital Railway, we will run out of capacity as passenger growth is 5.7% per year.

“Additional infrastructure will be needed in the next 20 to 30 years. That could be the northern route via Okehampton, the Dawlish Avoiding Line or digital railway.”