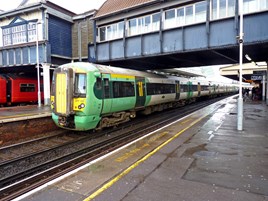 Go-Ahead Group has halved its predicted margins for its Govia Thameslink Railway (GTR) franchise to 1.5%, in light of recent industrial action by guards and continued disruption to services.

A joint venture of Go-Ahead Group and Keolis operates GTR on a seven-year management contract (see panel). In a pre-close trading statement issued on June 14, the group’s chief executive David Brown said that 2015-16 “will represent another strong year of profit growth” across its bus and rail operations.

However, he said that “the additional resources being invested in GTR to support service delivery are depressing margins on that contract in the current year, and will also impact on next year’s margins”.

Brown added: “While we do expect margins to improve in the longer term, given the very challenging performance and industrial relations environments, we no longer expect to recover the profit shortfalls. As a result margins, on an adjusted basis over the life of the contract, are now more likely to be nearer to 1.5% than the 3% previously expected.”