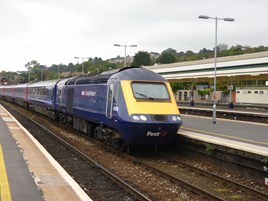 Profit margins on FirstGroup’s rail operations increased in 2015-16 to 5.6%, but revenues fell significantly with the loss of the First Capital Connect and ScotRail franchises.

The figures are contained in the company’s preliminary results. Overall rail revenues fell from £2.2 billion in 2014-15 to £1.3bn in 2015-16, although the profit margin represented a significant increase on the previous year’s figure of 3.4%. Adjusted operating profits for the rail operations were £72.9 million, against a 2014-15 total of £74.1m.