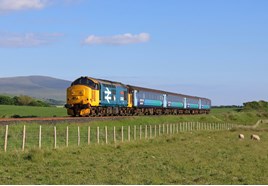 Based in Leeds, Manchester, Preston and Newcastle, it will be the responsibility of the directors to develop services locally. They will start from July 1.

“Regions are the heart of our new franchise. They will enable the transformation of Northern, bringing our people and service delivery closer to the communities and customers we serve,” said Northern Managing Director Alex Hynes. He explained that the four directors will use the company’s extensive local knowledge to build services that meet the needs of the particular regions.

In April, Hynes told RAIL 799 that the directors lead their respective regions and that it will be up to them regarding how they best serve the local areas.