COVER STORY: Coal’s decline the primary cause of freight’s troubles 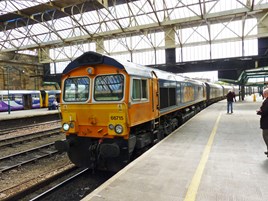 The biggest reason for this was coal, which fell 1.4 billion ntkm. The amount of coal moved (0.46 billion ntkm) was the lowest in any quarter since the start of the time series in 1998-99.

In Q4, Domestic Intermodal accounted for the largest proportion of total freight moved (1.6 billion ntkm, 37.0%), followed by Construction (0.9 billion ntkm, 22.5%). Overall, five of the seven commodities recorded a decrease in Q4 2015-16 compared with Q4 2014-15 (see panel). Only Other (this category includes biomass, which has increased as power station generators are converted from coal to biomass) and Oil and Petroleum recorded an increase.