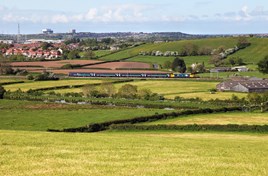 The Competition and Markets Authority (CMA) has referred the awarding of the Northern Rail franchise to Arriva for an in-depth investigation.

CMA said it was concerned that because the franchise overlaps with rail and bus services already run by Arriva, any loss of competition could lead to higher prices or a reduction of service quality.

“Arriva has not offered any undertakings in lieu and the CMA will therefore now refer the merger,” it confirmed

A decision on the merger will be made by a group of independent panel members, supported by a case team of CMA staff. The deadline for the final report is November 3.

A spokesman for Arriva said: “We are of course disappointed to have reached this point after having discussed the possibility of undertakings in lieu of a referral to phase two with the CMA.

“However, during this process it became apparent that the development of a package of measures which would have been acceptable both to the CMA and to Arriva was unlikely without the more detailed assessment that phase two allows for. We will continue to work closely with the CMA and remain fully committed to delivering our planned service improvements for our passengers, including those for the Northern franchise.”