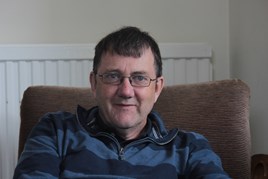 This is a story of a triumph that nearly became a disaster but ultimately was an even greater success, thanks initially to media and political pressure but ultimately to the hands-on reaction of the Network Rail team in Scotland after the NR board had got to grips with the scale of the issue.

The tale began at 1650 on May 13. Everything in the world seemed rosy, with the prospect of history-making steam with Flying Scotsman on an epic journey to Edinburgh and to the Borders and over the Forth Bridge.

Then the phone rang. It was West Coast Railways (WCR) Chairman David Smith: “We have just heard from Network Rail that they can’t gauge the engine to Tweedbank as they don’t have the information on their system, and you can’t go over the Forth Bridge because there is a road bridge at Dalmeny that the Scotsman can’t fit under,” he told me.

This was not the first time that there had been late gauging problems. There was a similar experience last summer when a not so high-profile locomotive, 6233 Duchess of Sutherland, was failed at the last minute. Passengers to Bath had to endure a diesel instead, as there was no time to find a steam replacement that fitted the loading gauge and had the required power.

Fellow tour promoters as well as charter train operators will recognise the syndrome. It fits into a very regular pattern of late times, gauging issues, route changes, pick-ups being missed and various other glitches that really should not happen - particularly at the last minute. There have been occasions when timings have arrived for a Saturday train after a tour promoter’s office had shut on Friday evening, and Steam Dreams had one tour when we left in the morning but had not received the timings for the evening, which did not instil confidence in the passengers.