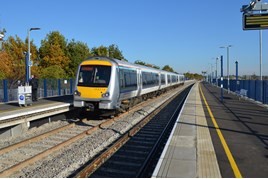 The Department for Transport is considering a new franchise to operate services on the east-west rail link from Cambridge to Oxford.

Under the Government’s latest plans, development of the proposed franchise will start in 2018 (including a competition period). The western section of East West Rail, from Oxford to Bedford and Milton Keynes to Princes Risborough, is due to open in the early 2020s.

In other plans, the DfT anticipates a Direct Award to the CrossCountry franchise from the end of 2016 to October 2019, when the new franchise starts.

Meanwhile, the Great Western franchise is due to have an Invitation to Tender in February 2018, with an award in December that year and a new franchise starting in April 2019.

And the winner of the East Anglia franchise is due to be announced in June, with the winner taking over in October.

The next franchise to be awarded after East Anglia will be South West Trains, with an Invitation to Tender issued in May 2016 and a contract award scheduled for February 2017 in anticipation of a June start for the next operator.

The West Midlands is set for major change. The new franchise will be awarded in June 2017, with services starting in October that year. The DfT says it “expects to take steps to allow for the potential of greater local control over the West Midlands local services”.

Another franchise set to change is Wales & Borders. The Government has agreed in principle to transfer franchising powers to the Welsh Government so that it can lead procurement on the next franchise. Although current plans anticipate an Invitation to Tender in August 2017, with award in June 2018 and the new operation starting in October, the Welsh Government is developing a procurement approach that is planned to begin earlier than this.