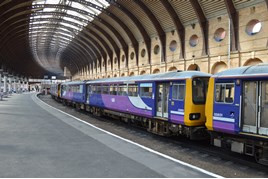 Arriva could face an in-depth merger investigation over competition concerns, after it won the Northern franchise.

Arriva Rail North Ltd (ARN) began running the franchise on April 1, and will continue to do so while the investigation is conducted by the Competition and Markets Authority (CMA). However, because the CMA has issued an enforcement order, this prevents full integration of the business until the investigation has concluded.

Andrea Coscelli, Executive Director, Markets and Mergers, and decision-maker in the Phase 1 case, said: “Arriva already runs significant existing train and bus operations in the area covered by Northern Rail. We have identified a number of services and routes where passengers previously had a choice between competing operators, but which will now be run by Arriva.

“This situation could potentially lead to a rise in non-regulated fares for passengers, so unless Arriva is able to offer suitable undertakings now, we intend to carry out an in-depth investigation to look in more detail at these concerns and decide whether any remedies are required.”

CMA said its initial merger review has found 38 journeys overlap with little or no competition from other service providers. It said it was concerned that any loss of competition between Arriva and the Northern Rail franchise could lead to higher prices or a reduction in service quality.