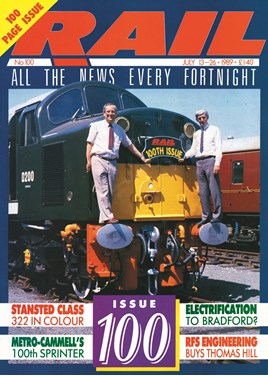 Elsewhere this year: RAIL is first to report news that the Settle & Carlisle has been granted a reprieve. Six people die when two EMUs collide at Purley, two are killed at Bellgrove when Glasgow suburban units crash, and four men die during Channel Tunnel construction.