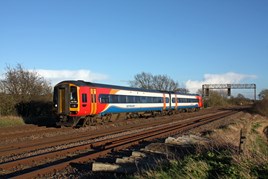 Network Rail is proposing a £600 million-£1 billion major upgrade of Leicester station and the surrounding railway.

Other upgrades NR recommends in its East Midlands Route Study, released in March, are from Syston East Junction to Peterborough via Manton Junction and further development of east-west Rail.

The biggest single block of work (if approved) would be the Leicester area capacity upgrade, for which NR will seek funding to resume studies at the beginning of Control Period 6 (CP6, which runs from 2019 to 2024). This is currently stalled at stage 2 (feasibility) of the Governance for Railway Investment Projects (GRIP) process, but NR wants to move it forward to detailed option selection in 2019.