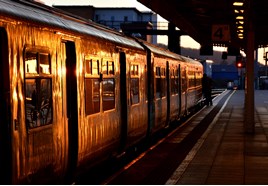 Redevelopment of Cardiff Central station, upgrading of the North Wales Coast railway and improvements to the relief lines between Cardiff and Severn Tunnel Junction are on the agenda for Control Period 6 (CP6), which runs from 2019 to 2024.

The biggest single project - other than those already committed such as electrification - is likely to be a major upgrade of Cardiff Central station, which is expected to experience a major increase in demand from 13 million passengers in 2013 to 23 million in 2023 and 32 million by 2043. Among plans being considered is the lengthening of Platform 0 and reinstating a west-facing Platform 5.

Enhancements on the Valley Lines are now linked to the Welsh Government’s aspirations to develop a multi-modal integrated transport system for the Cardiff Capital City Region.