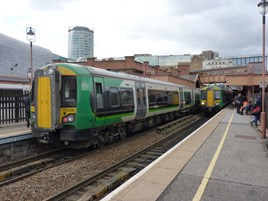 The shortlisted bidders are:

The contract award is expected to be made in June 2017 ahead of the new deal starting in October 2017.

Rail Minister Claire Perry said: ““The West Midlands franchise serves both commuters and long distance passengers and we are confident these companies will create high quality bids that can deliver better journeys for all.

“Today’s announcement marks a key step forward in giving passengers improved services across the region and beyond.”