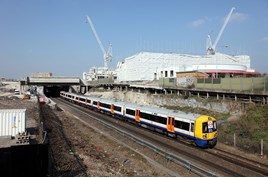 Arriva has won the London Overground (LO) concession and will begin operating it from November.

The £1.5bn contract runs for 7.5 years with an option for an additional two years. It replaces the joint venture between Arriva and MTR that currently operates the concession.

Under the new concession there will be extended operating times, and some routes will operate on Boxing Day.

As part of the new contract, Transport for London (TfL) will penalise Arriva should incidents caused by Network Rail, train and freight operating companies delay LO trains. TfL has sent the new punctuality standard for LO at three minutes within the scheduled arrival time.

TfL Chief Operating Officer, London Rail Gareth Powell said: “We have worked hard to deliver major improvements for our customers, taking a neglected part of the transport network and transforming it to support new homes, jobs and economic growth across the capital. Arriva will build on this by extending operating hours, improving frequencies and introducing new trains.”