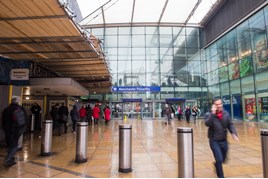 Train operators must start a national campaign to increase awareness of compensation for delayed services, says the Office of Rail and Road (ORR).

Its ruling follows a ‘super complaint’ made by consumer body Which? in December 2015 that claimed most passengers were unaware of compensation rules and did not know how to apply for refunds for delayed trains.

Which? also criticised the conduct of some train operators and the limited competition on many routes. The ORR’s own research shows 80% of passengers do not claim compensation as a result of delayed journeys.

In addition to the national campaign the ORR is set to pay greater scrutiny to franchise conditions in conjunction with the Department for Transport. It also wants train operators to improve the language used on claim forms, improve the ease of finding and applying for compensation on websites and for the Association of Train Operating Companies to publish best practice processes. The results will be assessed by the ORR.

The ORR says it will also carry out further analysis to estimate and monitor the take-up of compensation by passengers and will work with passenger watchdog Transport Focus to conduct further research on passenger awareness.