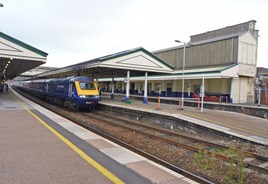 Campaigners in the South West are calling for investment to be provided for rail studies, and suggest that money being given to other regions represents “a clear inequality”.

The Peninsula Rail Task Force (PRTF) has urged Secretary of State for Transport Patrick McLoughlin to step in and provide what it calls crucial funding for two studies that will accumulate evidence for expenditure in the South West rail network.

The PRTF highlights £5 million given to the West Midlands to develop its transport strategy, and says that to date all work carried out in the South West has been funded through local authorities.

“When we were invited by the Prime Minister and the Secretary of State to put forward our plans for the South West rail network, we were pleased that our issues of poor connectivity were finally being recognised,” said PRTF Chairman Andrew Leadbetter.

“We have been determined to put forward a sound business case. We know we’re up against a lot of competition and we know we have to show real economic returns.

“The West Midlands has recently had £5m of funds to develop its transport strategy, whereas to date all our work has been funded through the local authorities. There is a clear inequality here.”

“I think negotiations would be slightly easier if I wasn’t standing for re-election as Mayor next May," Khan expresses concern regarding TfL funding talks