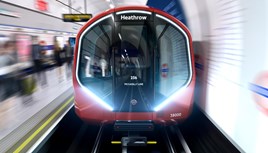 London Underground today (January 18) issued the Invitation to Tender for the design and construction of the New Tube for London (NTfL). The deal is for 250 trains and is worth between £1 billion and £2.5bn.

Five companies have pre-qualified to bid for the work: Alstom, Bombardier, Construcciones y Auxiliar de Ferrocarriles (CAF), Hitachi and Siemens. They can now proceed to the next stage of the work.

London Mayor Boris Johnson MP, said: “Over the last few years we have seen the completion of several major signalling upgrades on the Tube, as well as the delivery of 191 brand new air-conditioned walk-through trains.

“But it is clear that London must have continued investment in its Tube network if it is to continue to flourish, and that is why I have argued so hard to protect our capital investment programme. I am delighted that we are now able to launch the process to commission a fleet of new deep-level Tube trains that will transform journeys for the millions of passengers who use our Piccadilly, Waterloo & City, Bakerloo and Central lines.”

The first trains are expected to enter traffic on the Piccadilly Line. The plan is for 100 trains on that line, ten for the Waterloo & City, 40 for Bakerloo and 100 for the Central Line.

Bidders have to return proposals for LU by the summer. The contract will be awarded in autumn 2017.