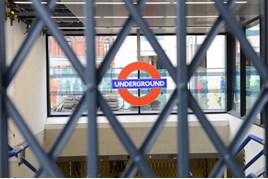 Rail unions are set to strike again on London Underground over the proposed introduction of the Night Tube. Drivers’ union ASLEF is also striking over pay, while the RMT has also called its members out on pay and job cuts.

ASLEF members will stop working for 24 hours from 2115 on January 26, February 15 and February 17. The RMT has called its members out on the same days, with fleet grades beginning their industrial action at 1830 rather than the 2100 of other grades. Station staff will take a week of action over changes to rosters and new operating practices from February 7, although the details have yet to be decided.

ASLEF claims that London Underground (LU) has “refused to talk to us” at conciliation service ACAS, but LU Chief Operating Officer Steve Griffiths described the unions’ position as “absurd and detached from the real world”.

The RMT says it “supports the principle of a properly worked-out Night Tube service” and blames the failure of negotiations so far on what it terms an “abject failure to work through the detail”.

Unite, which represents 600 engineers and maintenance staff, has also asked its members to strike on January 26, February 15 and February 17, over an “inadequate” four-year pay deal and a failure to agree how Night Tube will be introduced.