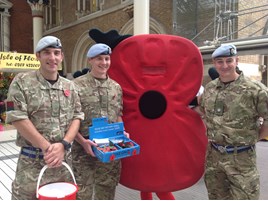 As part of the appeal, volunteers visited Network Rail’s nine managed stations in the capital. They were also out in force at Bristol Temple Meads and Edinburgh Waverley, and at other NR stations.