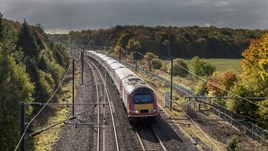 Virgin and Stagecoach have called for inter-city passenger franchises to be replaced by a licensing model, to increase competition and replace what they call the “confused and damaging” open access system.

The companies, which operate East Midlands Trains, South West Trains, Virgin West Coast and Virgin East Coast, maintain that franchising remains suitable for regional and South East commuter operations. However, they claim that introducing a licensing system would allow multiple operators to compete on a route on “a level playing field”, reduce fares and improve services. They also suggest it would make more efficient use of network capacity and protect taxpayers’ interests.

Their call is in response to the Competition and Market Authority (CMA) consultation on the UK rail market, which closed on October 16. In a withering critique of open access, they say other operators are able to “selectively run competing services on some routes without having to pay the same charges or meet the same specification”.