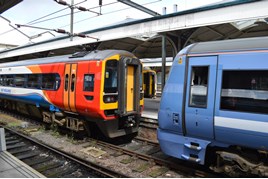 Britain’s competition authority is proposing radical changes to the way passenger rail services are delivered, including ditching franchises in favour of a licensing system.

A central body (Office of Rail and Road, Department for Transport or Network Rail) would design the licences to give coherent services and timetables. Unlike franchising, the licensing system would not specify which operators then provided the services.

A second licensing option would give a right to operate one service but add an obligation to supply a number of unprofitable services, without specifying what they are. Operators would choose from a list drawn up by a central body, and could then either trade these obligations between themselves or sub-contract them. Operators could also design a set of services themselves rather than by a central body.

Licensing is one of four options put forward by the Competition and Markets Authority (CMA), in a consultation that asks for responses by October 16. It suggests that no changes take place before 2023.

The consultation aims to increase competition for rail services in the market, rather than Britain’s current system that mainly competes for the market by letting franchises on a competitive basis.

For more on this story, read RAIL 780, published on August 5.