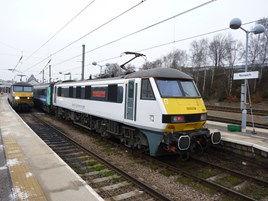 Three companies have successfully passed the pre-qualification stage for the East Anglia franchise, and will now develop proposals ahead of the Invitation To Tender being received in August.

The EA deal was initially let on a 29-month deal in February 2012, with plans for the longer franchise to start in July 2014. Due to the franchising review, a Direct Award was issued to Abellio last year. The winning candidate will be revealed next summer, with the new franchise due to begin in October 2016.