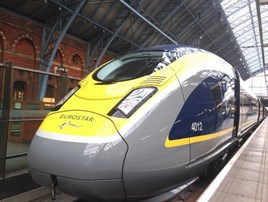 International passenger operator Eurostar has released a performance report for the first quarter of 2015.

Overall passenger numbers reached 2.3 million, the same level as the first quarter of 2014.

According to the report, passenger numbers decreased in January following the terrorist attacks in Paris and the Eurotunnel lorry fire. A higher volume of travel was then recorded over the Easter holiday period.

Compared with 2014, business travel for the quarter had increased by 7%. Ticket sales were down by 6%, with £215m of sales revenue made in the first quarter of 2015, a decrease of £12m from last year.