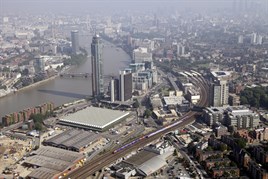 A train operator is to introduce new technology to part of its fleet to deliver improvements in punctuality. Beginning in May, South West Trains is to fit the GreenSpeed Driver Advisory System – which is already being used in Denmark - to its Class 158/9, Class 444, Class 450 and Class 458 units. The system is expected to be fully operational in 2016.

GreenSpeed works by collecting real time data from a huge range of sources to calculate the ideal speed of the train to help ensure it arrives exactly on time. It also has the potential to reduce the impact on the environment by lowering energy consumption as well as allowing trains to be run more frequently.

Past, present and future as Siemens and SWR open Northam to public