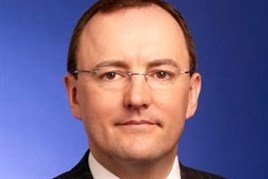 The development of the High Speed 2 north-south rail line has been boosted with the appointment of Stuart Westgate as Programme Development Director (Internal Sponsor) for HS2.

Westgate has joined the organisation from KPMG, where he was Director of Major Projects Advisory, and will report directly to HS2 Ltd Chief Executive Simon Kirby.

Westgate joined KPMG in 2011 and previously spent spent two years as Director of Crossrail Surface, responsible for the mainline elements of the cross-London rail scheme.

He also worked as Principal Sponsor in the Government’s UK Roads Programme and was Deputy Director for the London Underground Cooling the Tube Programme. Before that he, he was Programme Manager at the Strategic Rail Authority, responsible for the integration of HS1 and Thameslink at St Pancras.