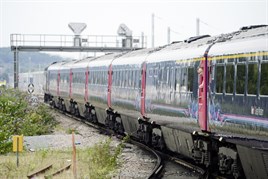 Rail franchising could be scrapped in its current form, if Labour plans for public ownership of passenger rail operations are developed in the event of it winning power at the General Election.

A franchising review would be a priority - a source close to the party’s transport team told RAIL that this would be “a pretty serious piece of work” that would be started “in the first ten days of a Labour government”. At the same time an amendment to the 1993 Railways Act to remove the ban on public sector operators would also be put forward (an attempt was made to do so last year, with a Private Members’ Bill by Corby MP Andy Sawford).

Although the party has previously suggested allowing the public sector to compete with private companies in franchise competitions (RAIL 768), Shadow Secretary of State for Transport Michael Dugher (pictured) has now suggested “putting the whole franchising system in the bin”.

For more on this story, read RAIL 769, available NOW on the iPad and Android, or from your newsagent on March 4.

Operators are calling for long-term reforms that will help to stabilise industry finances by growing revenue.