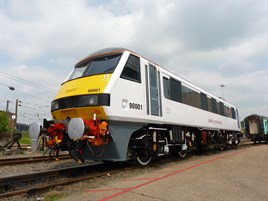 The procurement process for the next East Anglia rail franchise has begun, the Department for Transport announced on February 19.

Shorter journey times, particularly on London services, as well as easier connections at Liverpool Street and Stratford, have all been stipulated by the DfT, which also wants a more reliable service with fewer delays and cancellations, as well as better integration with local transport along the routes, and investment in and around stations.

Bidders will be asked to consider achieving the recommendations from the Great Eastern Main Line Taskforce, including reducing London-Norwich journey times to 90 minutes.

Companies interested in running the franchise will be shortlisted following a pre-qualification stage. Detailed proposals will then be invited later this year.

The current East Anglia franchise is operated by Abellio Greater Anglia which was awarded a two-year contract from February 5 2012. In 2014, a further two-year Direct Award was negotiated, extending the franchise until October 16 2016.