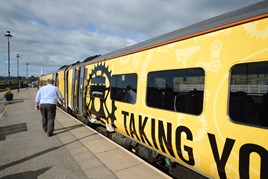 The market for discounted leisure rail travel has grown in the past year, according to new figures.

Of the 1.6 billion passenger rail journeys made in the 12 months to the start of January 2015 (a 5.7% rise on the previous year), analysis by the Rail Delivery Group has shown a 9.6% year on year rise in the number of journeys made on Advance tickets. First Class ticket sales have also increased – by 7.7% - with half of those categorised as Advance tickets. In addition, the number of railcard discounted tickets increased by 8.5% in the year that the ‘Two Together’ Railcard was launched.

The RDG says that the rises significantly outstrip the overall increase in journeys, with the industry now experiencing levels of demand last seen around the time of WW1 de-mobilisation, after decades of decline in the second half of the 20th century. The growth has also been experienced against a backdrop of falling oil prices in 2014.