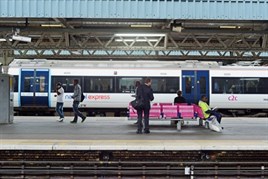 Both recorded an overall satisfaction rating of 94% in the autumn 2014 survey. The highest-placed franchised operator was Chiltern Railways in third (91%), while three other operators - East Coast, Merseyrail and Virgin Trains - scored 90% in the survey.

At the other end of the scale, lowest-ranked Southeastern suffered an 11% drop in overall satisfaction (to 74%). Govia Thameslink Railway (GTR) and Southern filled the remaining places in the bottom three (both 77%).

The overall satisfaction figure of 81% is a fall from autumn 2013’s 83%, while the percentage of passengers content with punctuality and reliability also fell (79% to 77%).

Long-distance operators fared best of all with a sector average of 86% satisfaction (albeit a 2% fall), while regional operators remained stable with an 84% rating. In London and the South East, passengers were marginally less happy than in 2013, with 80% satisfaction levels.

However, respondents said that provision of shops and catering at stations was better than a year before, and that station facilities have also improved.