Timetable for withdrawal of Class 91s 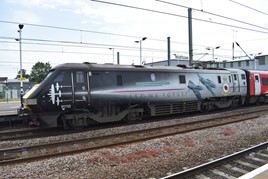 The first LNER Class 91s will be withdrawn from the end of July.

LNER spokesman Peter Hess told RAIL: “A list was originally worked up based on mileage, but it has changed and will continue to change following faults and repairs picked up while the locomotives are in service. I can, however, confirm that the first ‘91s’ will be withdrawn in July.”