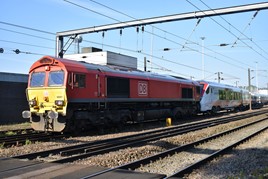 The 58th and final Stadler train for Greater Anglia arrived at Norwich Crown Point on May 7.

Stadler Class 755s have now taken over all of GA’s rural services, replacing Class 153s, ‘156s’ and ‘170s’ (cascaded to Transport for Wales and East Midlands Railway), while the Class 745s are entering traffic on the Norwich-London Liverpool Street route.

Not all 20 EMUs have yet been accepted for traffic. They started replacing Class 90-hauled Mk 3 sets from January 7, with the final locomotive-hauled trains running at the end of March.